DON’T TRY TO FOOL YOUR DENTIST: 3 SIGNS THAT YOU HAVEN’T BEEN FLOSSING

If you’re like a lot of people, you may try to remember to floss your teeth everyday but you typically fall short. And when it comes time to go to the dentist, you immediately floss in order to get any of yesterday’s lunch out of your teeth.

If you are trying to get into the good graces of Paul Peterson by pretending you’ve been flossing, you might be surprised that he will be able to tell otherwise by the following signs. Read on to learn more.

One of the greatest indications that you haven’t been flossing is that your gums will bleed when Dr. Paul Peterson goes into either floss your gums or simply clean around them. People who don’t floss on a regular basis get more food and plaque trapped in between their teeth which makes their gums more sensitive and prone to bleeding. However, if you want to get into the habit of flossing but are avoiding it because of the bleeding gums, know that the bleeding is temporary and should subside within a week or two.

One of the greatest benefits of flossing your teeth is the fact that you can get out all of those trapped food particles— queue last night’s corn on the cob— leaving you feeling more comfortable and your mouth looking a whole lot cleaner. However, if you don’t floss your teeth, food can get trapped in between them and can cause your gums to become inflamed— a big indicator to Dr. Paul Peterson that you haven’t been flossing.

Flossing your teeth is an important part of every dental hygiene regimen. However, it is often a component that is overlooked. If you are worried about the health of your teeth or if you would like to schedule a cleaning, contact our office today! 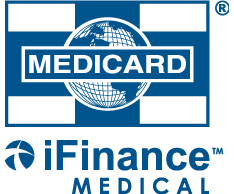 A reason to smile, today and everyday.